"Chocolate of Modica" is still worked thanks to a process that leaves unchanged the organoleptic characteristics of cocoa, exactly as the Aztecs used to do in ancient Mexico.

First they toasted the seeds on a heated curved stone called “Metate” and then ground them with a stone rolling pin.

The cocoa paste obtained was flavored with spices (vanilla, chili pepper, cinnamon, pistachio, Trapani’s salt, citrus fruit, coffee, carob, cardamom and many other spices and local herbs and even exotic flowers). The mixture was then rubbed into the "metate" until it became stiff and smooth dough.

The people of Modica learned this process from Spanish domination, who returning from the New World and introduced the Aztec technique of cold working the cocoa without a conching phase.

So the cocoa mass is therefore machined at 40° with the addition of cane sugar which cannot melt because of the low temperature; this gives Modica’s chocolate its characteristic "rough" look, sandy and grainy texture.

Modica’s chocolate has a dark black color with uneven hints of brown. It’s granular and crumbly, with coarse granules of cane sugar and a roasted cocoa aroma. It is traditionally flavored with different aromas to give you, each time, a new experience! 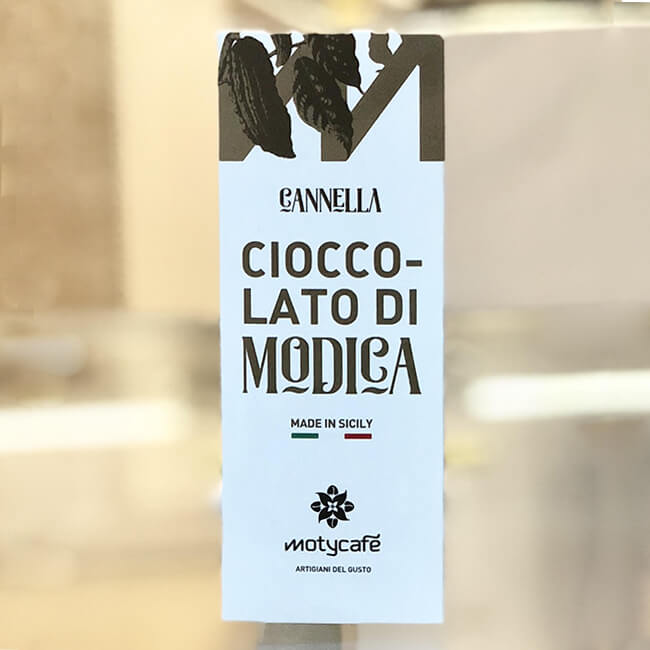 Chocolate of Modica with cinnamon 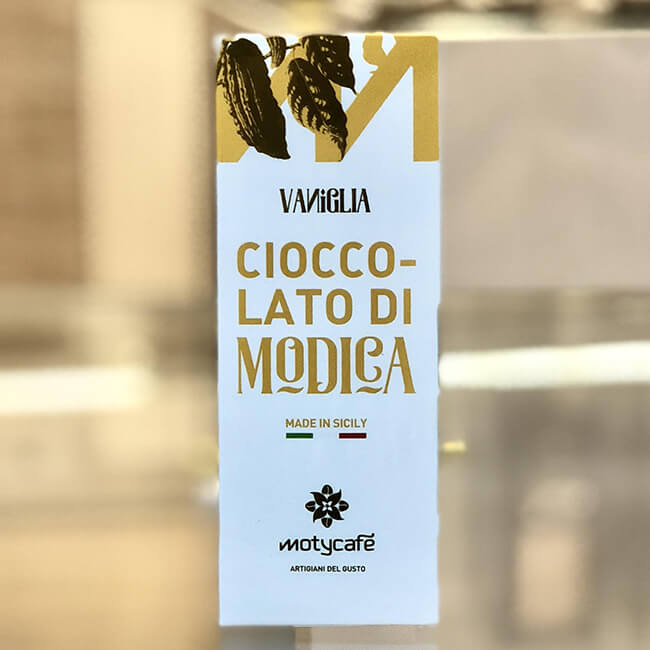 Chocolate of Modica with vanilla 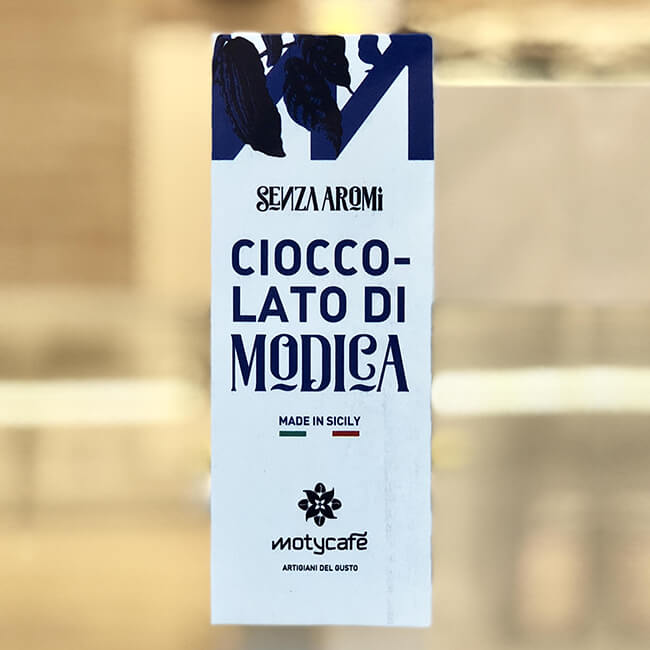 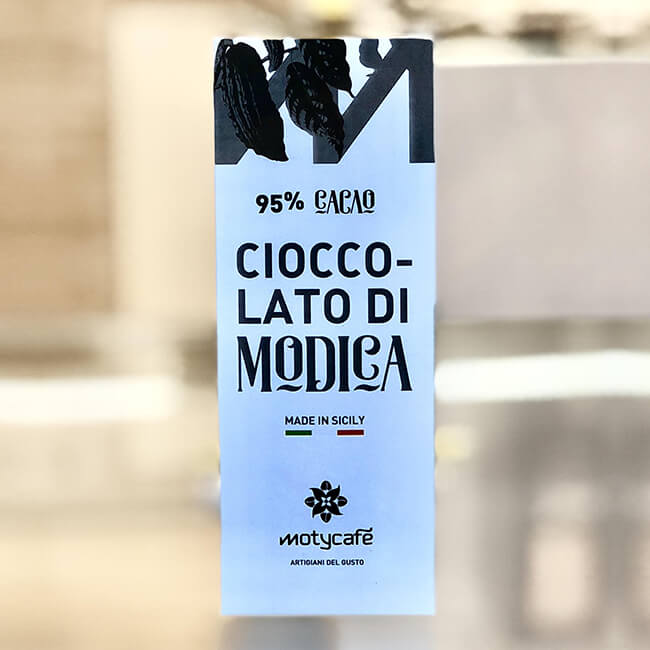 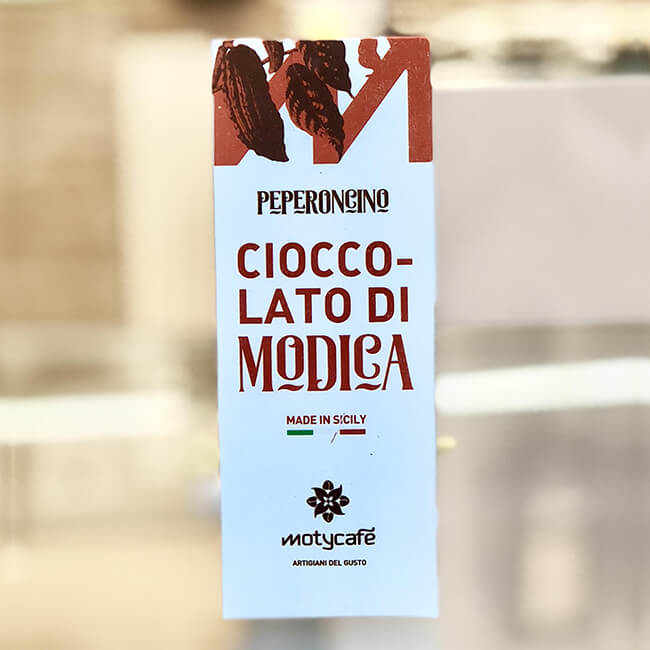 Chocolate of Modica with chili pepper 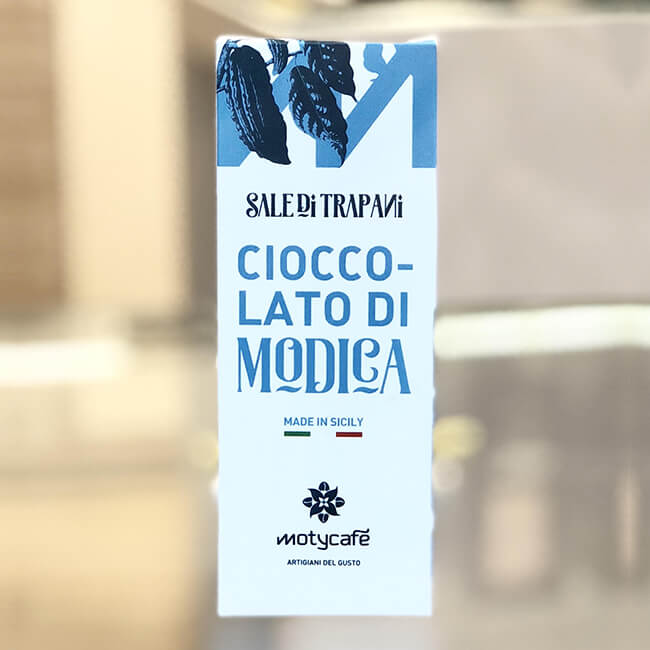 Chocolate of Modica with Trapani’s salt 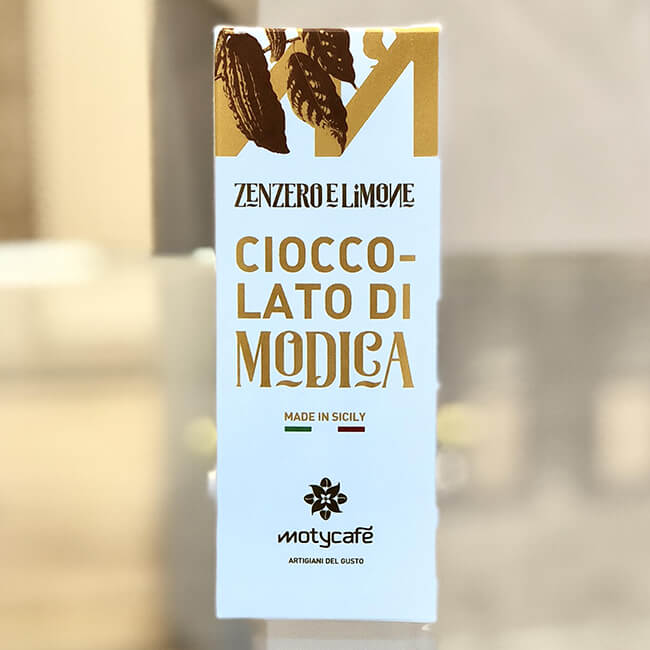 Modica chocolate with lime and ginger 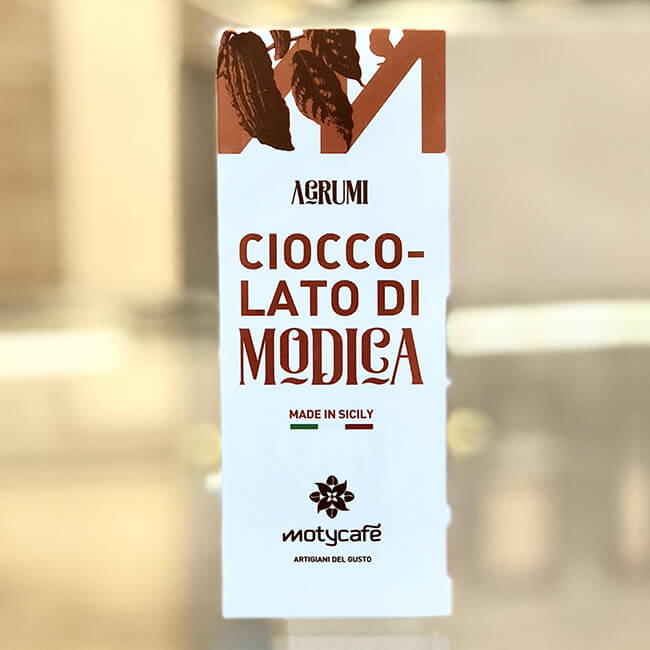 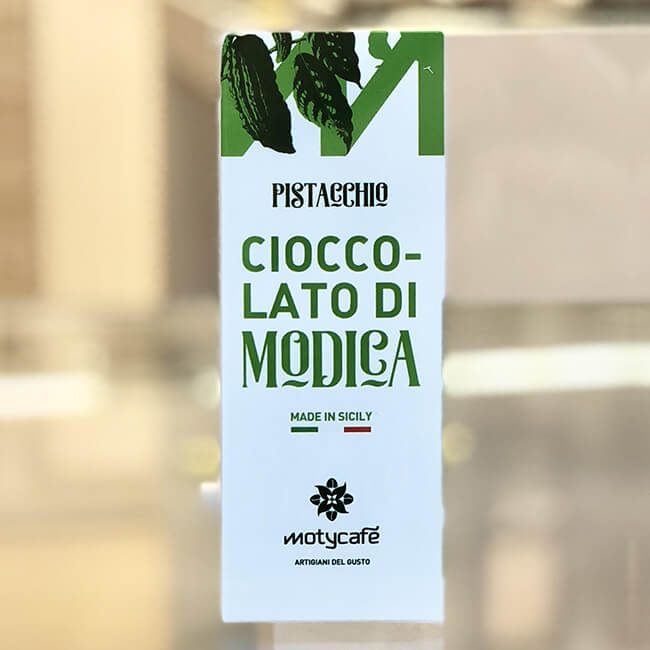 Chocolate of Modica with pistachios 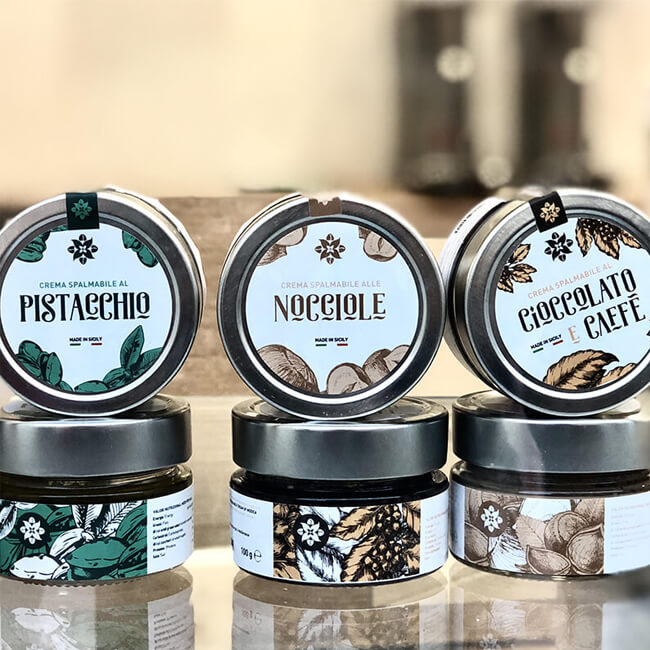